Back to all articles

When Corona came to our delivery room, Israel

To mark International Day for Maternal Health and Rights on 11 April, ICN brings you a story from the frontlines of maternity care in Israel during the COVID-19 pandemic.

When Corona came to the delivery rooms of Shamir Medical Centre, Karin Lee Ovadia and her colleagues were part of a regular Obstetrical Gynaecological department in a hospital of 891 beds in central Israel, serving a population of 1.5 million Muslims, Christians, and Jews, religious and secular and delivering approximately 9,000 babies a year. The Centre believes in the right of patients to make decisions for themselves and their families and that the role of the staff is to support them.As Corona wards were set up and the main emergency room went into overdrive, the staff quickly realised that the world had changed. But a decision was made early on that all pregnant women would continue to receive the best possible care and experience.

To do this, some major changes in the physical and functional organisation of the department were made. The nursing supervisor, Regina, together with all the head nurses of the department sat down to examine the options, and to start to move equipment, staff and patients until a totally new service was created, with no extra staff and no new buildings.

The gynaecology intake – two rooms with a small antechamber adjacent to the Delivery Suites – became the Corona intake suites for the obstetrical and gynaecological patients. Movable HEPA filters were installed and the rooms were equipped to allow deliveries, epidural blocks, gynaecological examinations and even vacuum extractions if necessary.

In the delivery rooms, every midwife is responsible for three labour suites, with three labouring women. She switches between them constantly to provide the necessary care. However, once a patient is admitted to the Corona intake suite and a midwife enters the suite, she is then “neutralized” for two to three hours and can no longer switch between rooms and care for the other women in labour. As a result, the head midwife and other colleagues on the shift cover for her, until the time when another midwife can rotate into the Corona suite, and the previous midwife comes out, drenched in sweat, to disrobe, shower, and resume care of her women.

It was to this Corona suite that E.D. was admitted. Forty years old and mother of six boys, she was in her 36th week of a spontaneous twin pregnancy.  E. was brought to the hospital by ambulance as she had a fever and rouble breathing.  When she was admitted to the Corona suite, she was tachypnoeic and in the initial stages of labour, four centimetres dilated with both twins in cephalic presentation. After sending off an urgent swab for COVID-19, the midwife immediately began prepping her for an epidural, in accordance with her request as she sucked in oxygen from a mask. The results of the swab were no surprise – she tested positive for COVID-19. E. progressed rapidly, supported by her husband, and spontaneously delivered first a girl, weighing 2,775 grams, and two minutes later a boy, weighing in at 3,455 grams. The room was filled with excitement, laughter and tears, under the N95 masks, goggles and overalls and under E’s oxygen mask and her husband’s surgical mask, as everyone celebrated the births. Outside in the delivery suites, the staff cheered as the news was conveyed to them from the ante camera by the NICU nurse. The rest of the delivery continued without any complications.

Due to the maternal fever, after being held and fed by E., the twins were taken to the NICU for a fever workup, while E. and her husband recovered and rested. During the night she remained under the observation of the midwives and the doctors of the department, and in the morning she was moved to the Corona ward on the floor below with her husband and the twins who joined them shortly thereafter.

The nurses and midwives at the Medical Centre have faced many challenges and have been brought to the limits of their capacities, as they supported these women and their partners. They have been understaffed, as midwives and assistants fell ill with COVID-19 or were placed in isolation with their sick children. Their colleagues sent them care packages, covered their shifts, and then welcomed them back to work.  Throughout, they have upheld their values and those of nursing and midwifery, continuing to provide a service that is the right of every woman under different and demanding conditions without compromising the quality of care and without receiving additional staff for the purpose.

Karin says, “What we provide goes beyond that which can be measured. It is a service of the heart and soul. I am proud to be able to say that my staff went over and beyond in almost impossible circumstances. The central lesson learned and recommendation for administrators would be to remember that over and beyond our rights as professionals, the true strength of our profession lies in its heart, a thing which cannot be bought, but only earned through respect, love, and example.” 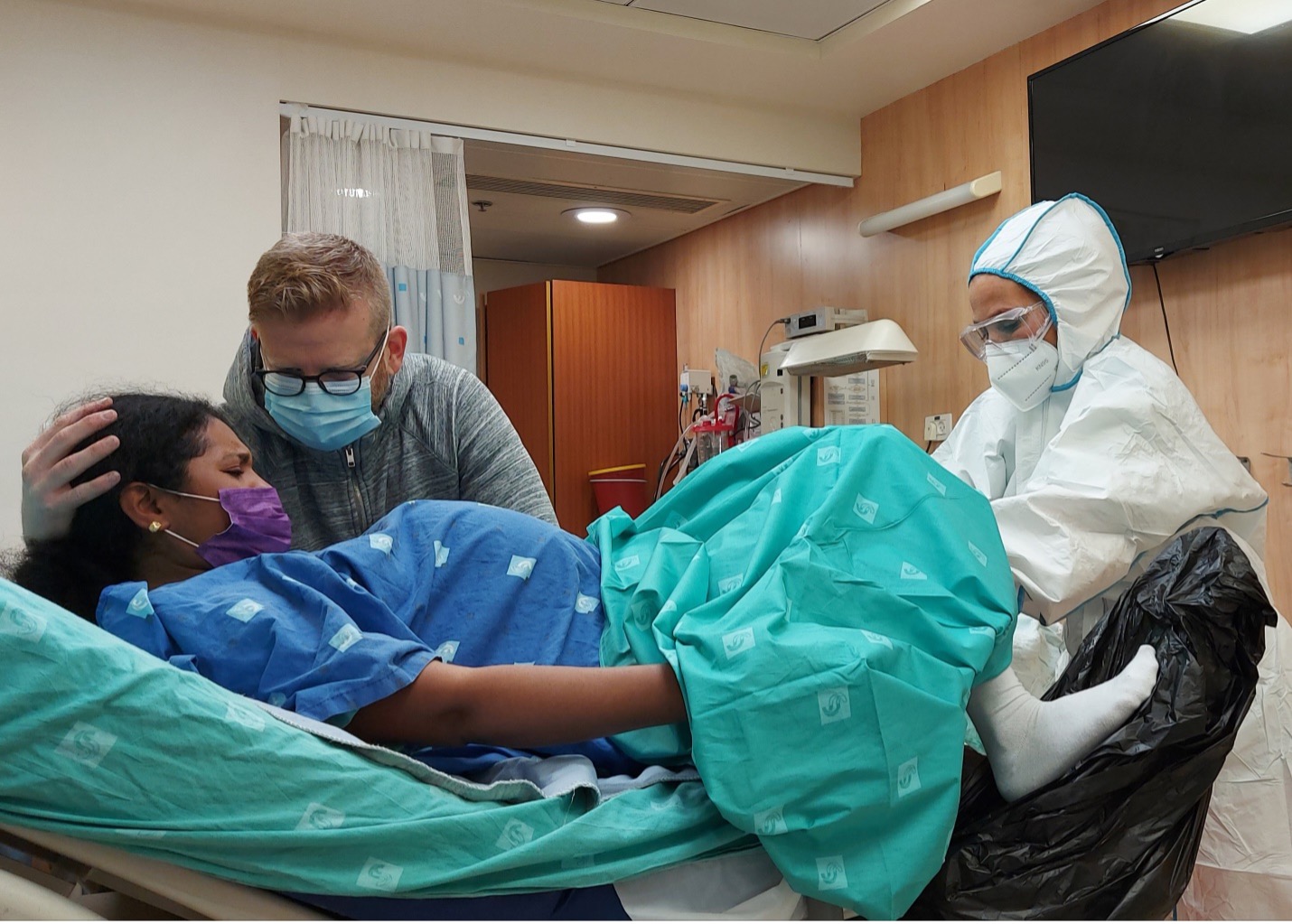